How do you make an already fabulous market more enticing?

Oozing Raclette?  Turophile heaven if you ask us.

The brainchild of Femia and cheesemaker Rhys Burley (Bangalow Cheese Co & Yarra Valley Dairy), will trade from a beautifully restored French food cart in Prahran Market’s Harvest Hall, tempting shoppers with the theatre of oozing raclette and stringy cheddar, before becoming a permanent store and cellar in the coming months.

The pair, who have been friends for years and also worked side-by-side at Spring Street Cheese Cellar, share the same vision and passion for the Australian cheese industry and have big plans for Prahran Market.

“First, we want to ignite people’s senses with a selection of cheese dishes that are inspired by tradition, history and travels”, says Femia. “Then we’ll grow into a cheese shop and maturation cellar that will provide Melbourne with a bespoke selection of cheess hand-picked from Australia and abroad.”

Maker & Monger’s menu standouts include the traditional Swiss Raclette or Heidi Raclette from Tasmania and the All-American Grilled Cheese Sandwich, featuring Cabot Cheddar from Vermont and Monteray Jack from California. “A lot of people use gouda and fresh cheese when making grilled sandwiches, which don’t melt properly and either create an oily sambo or something quite wet. The grilled cheese sandwich is all about the crunch and stringiness,” he says.

The menu is short but a perfect tease for what is to come.

“I’m very excited about having Maker & Monger at Prahran Market. It’s the destination market for quality ingredients and there are some great traders here. The market is going through an amazing development with some exciting traders being introduced over the next year and I wanted to be a part of that,” says Femia.

Prahran Market’s gallery will be transformed to accommodate Maker & Monger, allowing for back of house operating space, as well as an area for casual dining.

The official opening was Friday August 28 and I headed there the next day to check it out. After all, Raclette for breakfast is a thing, isn’t it? 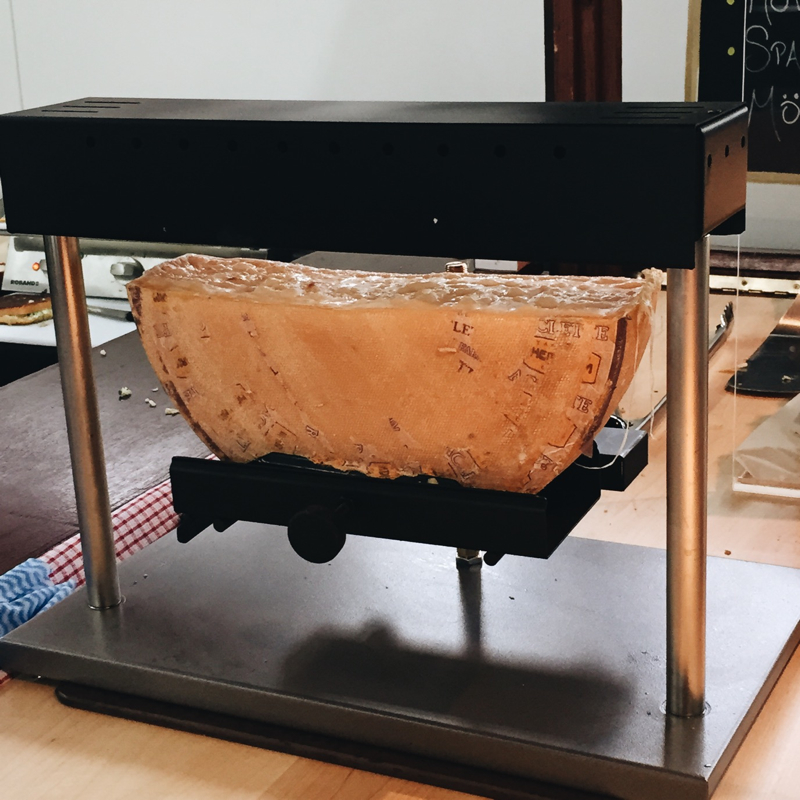 Huge half wheels of Raclette are gently melted under a clever machine called a raclette, then the oozy, cheesey goodness is sliced and placed atop confit potatoes and some lovely little pickles.  A few shakes of extra flavour take this already delicious snack to another level. Anthony is creating a range of sprinkles including the dehydrated tops from carrot and kohlrabi that would otherwise be scraps from some of the other stall holders. He has more ideas like this planned for those who want an extra umami kick. 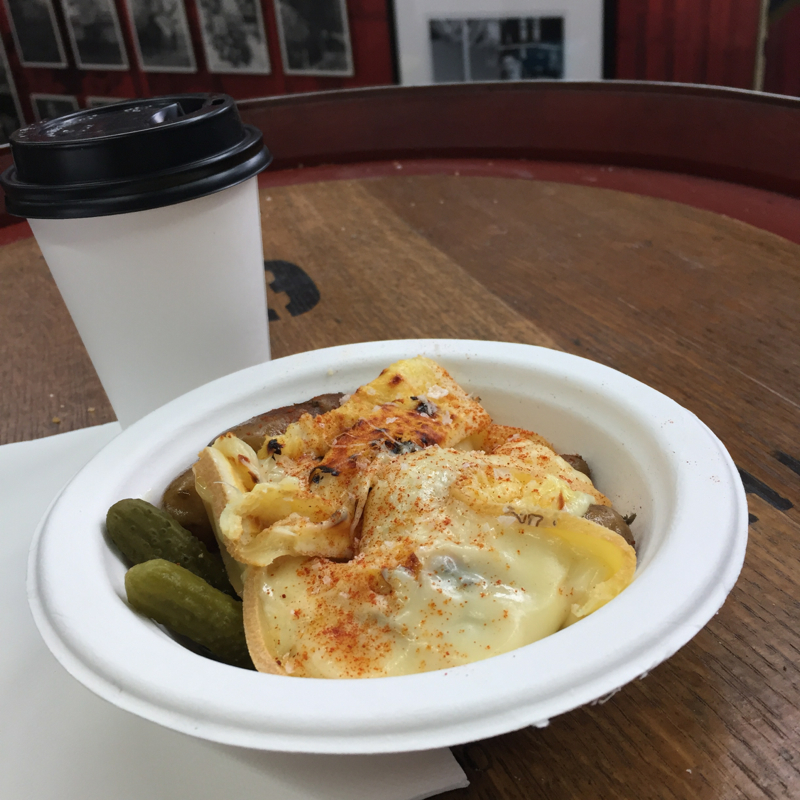 While you’re there, grab a hot Harcourt apple juice – it’s perfect to cut through the richness of the cheese.

Maker and Monger is something we definitely want more of.