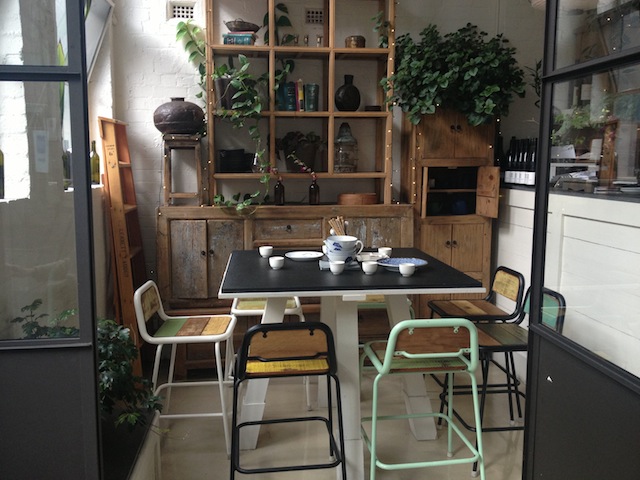 Yum Cha is my kind of dining experience – today it means drinking Chinese tea and eating dim sum, but it all started in the tea houses that sprang up along the Silk Road to provide a place of rest for weary travellers and some respite for rural farmers. Yum cha translates to “drink tea” which is originally all that was offered as it was thought that having tea and food together would lead to excessive weight gain.  Fortunately they discovered that tea can actually aid digestion, not to mention its many other health benefits – so the people in charge of the teahouses began to accompany their tea tastings with snacks.  And so, dim sum was born.

There are two schools of thought on the meaning of the term ‘dim sum’.  In Mandarin it is ‘dianxin’ – a verb that merely meant to eat a little something.  Around the year 1300, dianxin turned into a noun that referred to snacks and very light meals.  If you break the term down into its individual characters (which apparently you are not supposed to do) it translates to ‘dot heart’ or ‘touching the heart’ or ‘a little bit of heart’.

Both are fine by me – the idea of eating little snacks definitely touches my heart.  Especially if the experience is shared, which it should be because eating is a dominant aspect of Chinese culture and  is a way to socialise and deepen friendships.

So it was with an expectant hunger and an eager mother and aunt that I recently headed to David’s in Prahran to have yum cha.  David’s was born 15 years ago from a small tea store on Chapel Street, founded by Shanghai-born David Zhou – a man who makes a mean dumpling as I discovered when attending a dumpling masterclass he hosted.  So with both tea and dumplings covered I knew we were in good hands.

The weekend yum cha at David’s  is a range of “David’s favourites”.  Tables are set with individual bowls and a large share plate in the middle, so that when the friendly and smiling staff bring a tray around – yes, trays, not overladen trolleys which are fun sometimes but can be confronting and see you end up with three of the same thing – they can serve exactly what you want.  Food service is timed nicely so that you never feel overwhelmed or hungry.

We enjoyed everything we tasted:  from succulent prawns wrapped in rice paper and fried until crispy to the classic sesame prawn toast, ‘one bite’ soft shell river prawns to spicy chicken wings, tender steamed eggplant to salt & pepper calamari – every morsel was full of flavour and beautifully cooked.  But for me it was all about the dumplings:  nearly translucent prawn and chive, the moreish chilli wagyu beef, golden parcel dumplings filled with minced chicken and asian herbs, delicate ginger prawn…  I think you get the idea.

Desserts are also done well, with the soft centred white chocolate dumplings as the stand out.

Here is a little look at it…

Make a video of your own at Animoto.