In this twist on tequila chicken I use a number of native Australian ingredients that are perhaps not as well known as they should be.  Each has an amazingly unique flavour that can lend itself to sweet or savoury dishes and combine together here to make very punchy Native Australian Tequila Chicken Tacos with Kale Slaw.

For the kale slaw 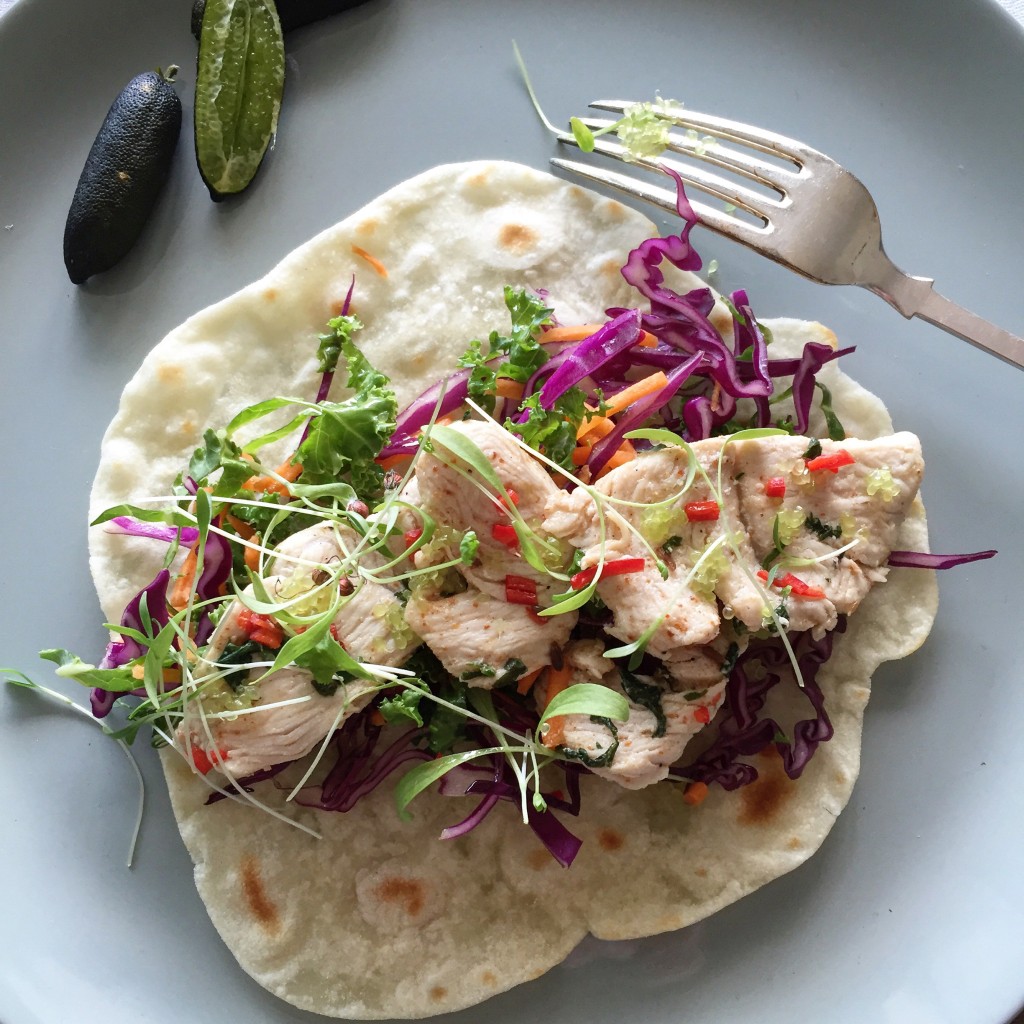 For the kale slaw

Place some kale slaw on a just cooked tortilla, top with the sliced tequila chicken, and garnish with extra finger lime, chilli and coriander leaves if you’re in the mood.

*Akatjurra is the Aboriginal name for ground bush tomato, a small native Australian berry. When dried bush tomato has a Cajun style aroma and flavour – think strong sun-dried tomato with caramel tones and a tamarillo like tangy acidity.**Native pepperberries have an intense purple colour and a heat somewhere between pepper and chilli – but much more complex, almost sweet in both aroma and effect on the palate.***  The finger lime is a unique and ancient Australian native – citrus australasica – found in the wild in and about the rainforest areas of south east Queensland and the northern rivers region of New South Wales. Inside the finger lime’s skin are hundreds of juice filled ‘pearls’  often called lime caviar – that burst in the mouth with a rare and exciting explosion of flavour. Finger limes are rich in vitamin C and antioxidants. The colour varies according to the variety – they can be opaque, yellow, green, pink or red.
0
Facebook Twitter Pinterest
Google + LinkedIn Email