New York City, one of the most populous urban areas of the world and one of the most diverse.  We had 5 nights there, which is barely enough to scratch the surface, but we tried to make the most of it.  I hadn’t been to NYC since 1990/1991 when:

Today, we are more likely to watch a cooking show on TV, Hussein is gone but they can’t find Bin Laden, people actually look at you when you walk down the street and David Chang seems to be everywhere.

One observation remains the same, things are big in New York. 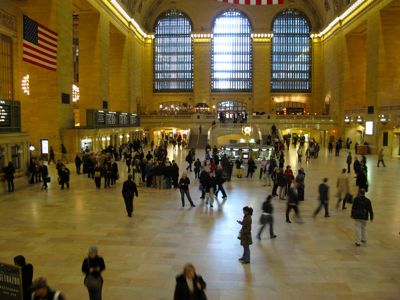 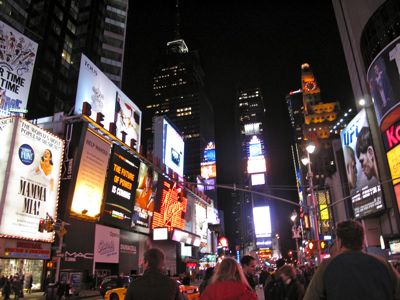 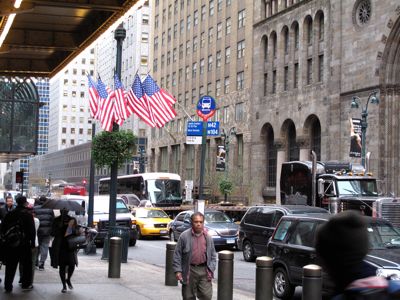 And food.  Serves tend to be big – really big.  Its very easy to see why this is where “Supersize me” came from.

On our first night we were rather tired after our long journey and after checking into our very lovely hotel, The Affinia Shelburne, we opted to walk around the corner to a restaurant that was on the hotel’s list of local suggestions.  El Rio Grande – serves standard Mexican and Tex-Mex fare and is known for its KILLER margaritas.  Seriously killer.  Jose (Cuervo) is not my friend!

We had blood orange margaritas.  They were pretty big too. 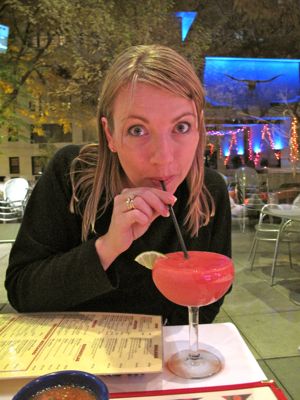 No sooner had we sat down than a large bowl of corn chips and salsa were put in front of us. 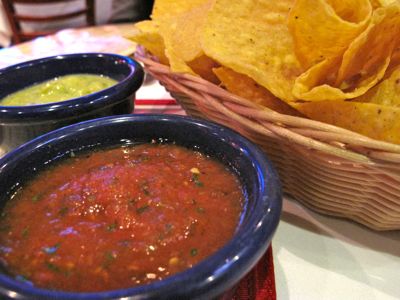 Then a plate of condiments. 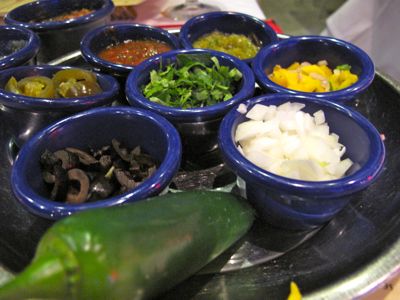 Only then we were asked what we wanted to order.  I could quite possibly have just stopped at the margarita and the corn chips (just called chips in NYC) but that wouldn’t be any fun would it? 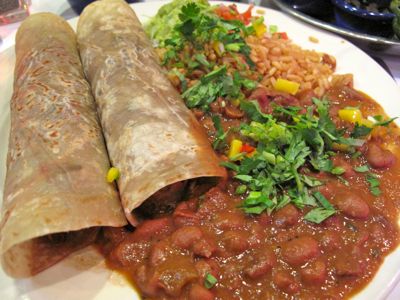 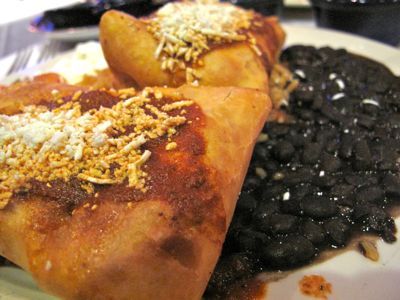 Then you get a choice of beans:  black, pinto or refried.  I had black with my chimichanga and the beloved chose pinto, which I immediately wanted once I tasted them.

All very very big.  We barely got through half of the mountain of food in front of us.  But they were clean fresh flavours and didn’t pretend to be anything that they weren’t.  A great casual place and hit the spot for two weary travellers.

One of the thing we wanted to do was ensure we had some of the ‘classic’ food experiences of NYC so the next morning for breakfast headed to a typical deli, where we got (you guessed it) more “big”.

A big wall of signed photos of celebs (I think they were celebs – does it go down to a D, E or F list?!) 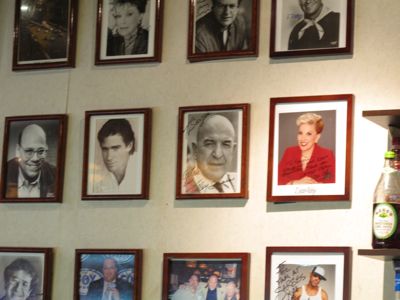 Big comfy booths to sit in. 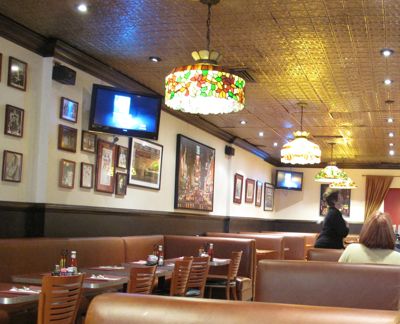 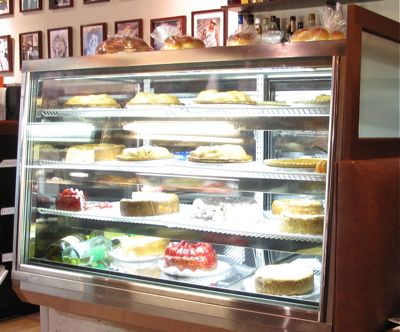 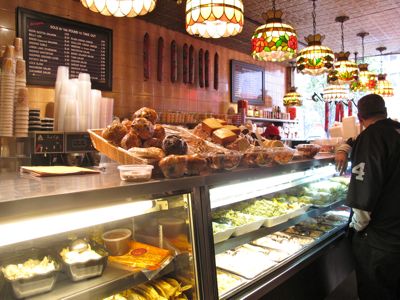 Big personality in our lovely waitress. (that’s her in the black in the booth photo above)

Even the coffee cups were big, huge actually.  It took a little while for the beloved to get his head around the fact that when they ask “coffee?” (or should that be “cawfee”) they are offering de-caf or regular, that is it.  NYC still has a long way to go in terms of its caffeinated offerings. 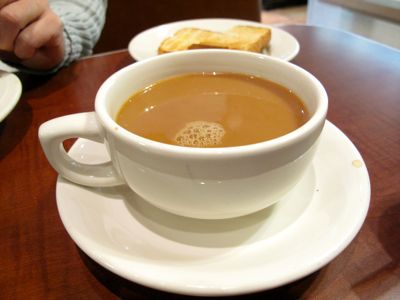 I had a bagel with cream cheese that was a reasonably regular size thank goodness. 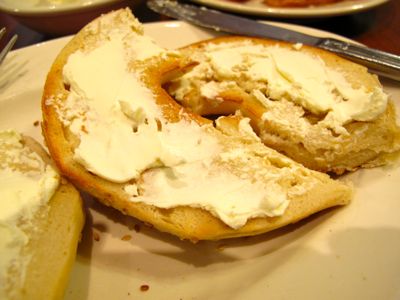 The beloved had Corned beef hash with home fries and eggs.  Back to big.

There must have been half a kilo of meat on his plate!  And the same in potatoes.  The one  little piece of toast that accompanied it on a separate plate looked most sad and lonely. 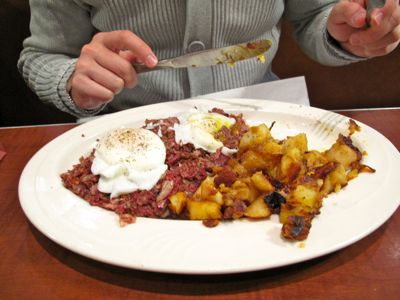 The size of things can be overwhelming.  The trick, we decided was to have a little taste and move on to the next big thing.

There’s more to tell.  Keep an eye out for New York Part II if you want a little bit more.