I don’t eat a lot of Japanese, and I am not really sure why.  On paper it’s a cuisine that should be right up my epicureal alley: pure flavours, elegant presentation, fresh produce eaten in as natural a state as possible, great consideration given to highlighting the colours and textures of the produce – all things that are important to me and appreciated when I dine.  It is rare though for Japanese to the first, second or even third thing I think of when heading out for a meal.   When I do have it, I invariably enjoy myself.  That was certainly the case when I was invited to Shizuku which opened a few months ago on Victoria Street. 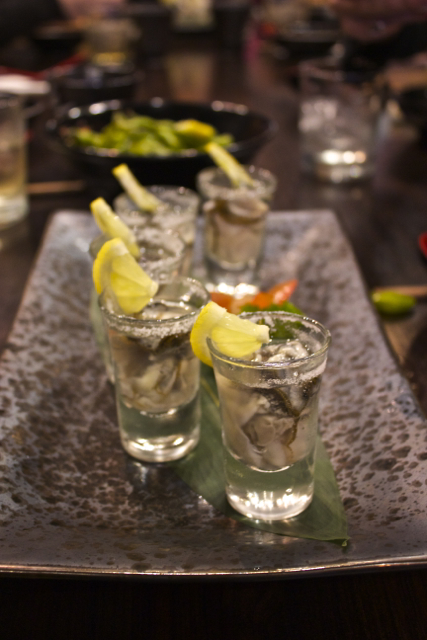 The modern, black-walled 45 seat restaurant was named after the traditional word for droplets in homage to the day long process of preparing ramen from scratch, where every drop counts.  With a focus on quality ingredients and a mix of Izakaya style dishes and some heartier authentic meals, Shizuku is a far cry from the food throwing teppanyaki experience some people think represents Japanese food. 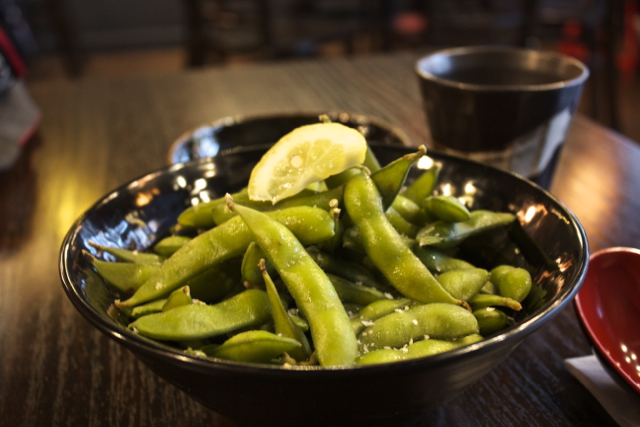 The extensive menu starts with a selection of Zensai, the Japanese word for appetisers.  Put a bowl of edamame in front of me and it will quickly be emptied.  There is something about the process of squeezing out the young soy beans from their pods that I really like.  Shizuku serve them with pink Murray River salt or chilli flakes.  Personally, I’d like both. 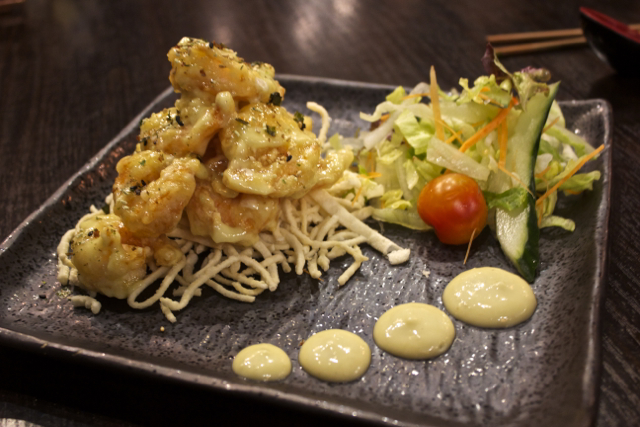 A dish of wasabi prawns was crisp and fresh and nice in its simplicity, but one of the standout Zensai was the Takoyaki Senbai.  It looks like a taco filled with meatballs, but is actually an ebi prawn cracker filled with octopus balls dressed in ume (plum) sauce, kewpie and bonito flakes. 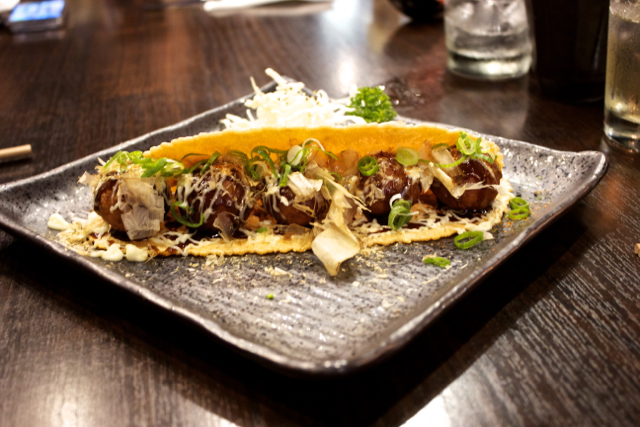 Cha Shu is the pork often served with ramen noodles, and you will find it in several of the Shizuku varieties of ramen as well as in their zensai dish of the same name.  For this, they grill the tender, succulent rolled pork belly and serve it with a sauce made from the marinade base.  Shizuku’s biggest drawcards are the Ramen Burger and ramen.  The Ramen Burger is the first of its kind to hit Melbourne following the New York craze (seems cronuts aren’t the only culinary creations to draw a crowd of frenzied foodies). In place of the traditional bun, ramen noodles are tightly packed and shaped to encase a filling of either pork belly with plum and prune sauce or eggplant with miso jam. 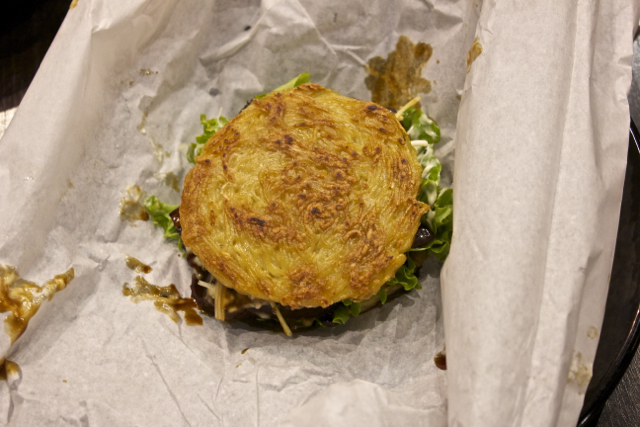 There are nine authentic ramen on the menu.  Reflecting head chef Ken Yoshida’s experience in some of Japan’s most renowned ramen shops, the ramen haven’t been changed to suit a Western palate and take 15 t0 18 hours to prepare.  At just $15 they are great value for such a hearty, tasty meal. 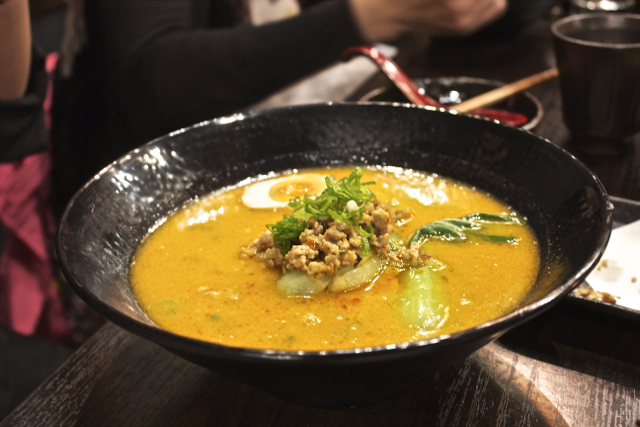 Disclosure: I dined as a guest of Shizuku